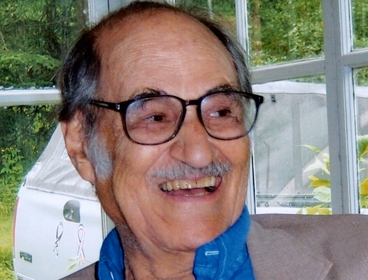 Harry P. Portnoy (1922-2010) served for many years as campus architect in MIT’s Department of Facilities, and lived with his wife, Frances, and children in Newton, MA & Canton, MA.

Portnoy was born in New York to immigrant parents. He joined the Army and served for four years, during which time he was deployed in North Africa. He attended Wentworth Institute, where he studied architectural construction. In 1948, he traveled to Israel, where, with colleagues in the Zionist movement and joined by his wife and young daughter, he took part in the founding of a kibbutz in the Galilee.

He returned to the United States several years later and realized his dream of becoming an architect. After receiving his degree from the University of Pennsylvania in 1953, he worked in several architectural offices, including that of Hugh Stubbins, Samuel Glazer, Herman Herrey and F.A. Stahl. His projects included the Berlin Congress Hall in Berlin, the master plan for the Hellenic University and several large housing projects.

Portnoy joined the planning office at MIT in 1967 and eventually became campus architect. In this role, he was responsible for design, building programming, design review and construction administration for new buildings and renovation work. During this period, approximately 25 new buildings were built, and 25 major renovations occurred as part of an expansion of the Institute’s research, teaching, athletic and residential facilties. Prominent among these projects was the Media Lab building, an especially innovative project in which Portnoy worked with I.M. Pei and partners, and with three artists who became integral to the design.

After retiring from MIT in 1985, Portnoy consulted with various architectural firms, served as guest lecturer in the Department of Architecture, and continued work with the Boston Architectural Center.

He had a passion for the Renaissance and pursued graduate work in art at Boston University and also stayed for extended periods of time in Florence, Italy. He spent much time in his retirement at the Museum of Fine Arts in Boston, and contributions to that institution can be made in his memory.